I had just arrived in Austin after three hours of sleep and a Bullit-style taxi ride. I put my suitcases inside and grabbed a polka-dot bikini. I needed a drink and a burrito. My friend Tim swung by a taco truck and a liquor store. Water, food, wine, let’s go.

He drove the back of the little car right into the river, with me in the boat so my feet wouldn’t get wet. I never saw such a thing. Boat detached, he drove out and parked. We set sail. With the tornado warnings and a lively breeze the boat cruised down the river. The vessel veered towards the dam…”what happens if we’re about to go over? Should I jump out and swim?” I asked. “We won’t go over,” Tim assured me as the boat drifted into some trees on the bank. He jumped out and pushed off against the side before hopping back in, splashing water on my suntanned knees. 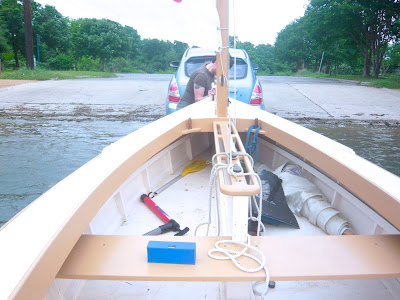 It was so warm out the hours seemed to sway by. We swigged cold wine from the bottle and talked about movies and books we want to write, our mothers, and crazy girls we know. The sun came out and turned up the color of the trees lining the river. The leaves were shaking between shadows and sunlight. I looked down and noticed the wine bottle was floating in several inches of water by my boots. I laughed and asked for a pail. “That’s some leak you’ve got!” Water was tossed overboard. We slowly sailed back to shore. 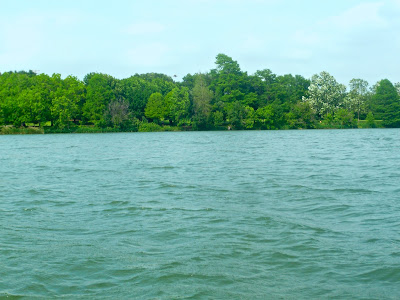 The next day I woke up to sunlight dancing in through a tall window, with a long gauzy white curtain that fluttered by a fan. Next to the window there were plants and a round wooden bookshelf mounted on the wall, stuffed with paperbacks. A round bookshelf! I walked out to the porch in my pyjamas and greeted Sally. She had just flown in from Los Angeles. 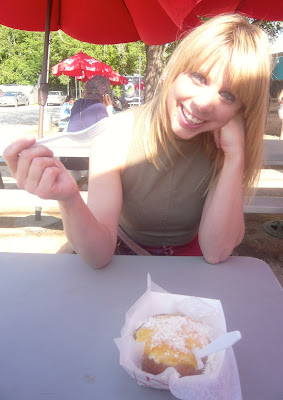 Sally and I ate delicious tacos at Torchy’s. Next we went to an airstream trailer and ordered a massive donut covered in peach jam and cream cheese icing. “That donut almost ate me!” We explored the vintage shops, picking up an electric blue disco dress for Sally and a suede jacket for me, along with a book about Latin American culture from the ‘Uncommon Objects’ shop.

Later on, I met up with more friends at the Black Angels show. Some of us swooped over to a mysterious gathering at a big house.  We discovered giant gazebo, a hot tub and an old VW minibus, where we drank beer and befriended Spaniards with mutton chops. When the revelry slowed we went for a long drive to a ranch.  Tumbling out of the taxi, we came upon a rambunctious party with bands playing on the dirt. Everyone clapped and leaned and smiled.  Sally, Tim, and I danced and drank cherry beer by a fire-pit. The night was all sky and music. 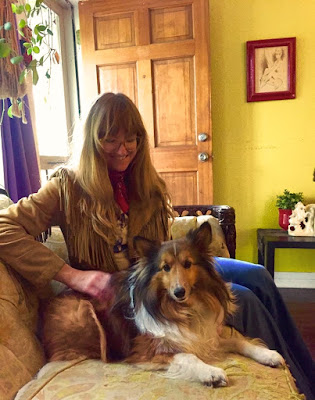 -Go swimming in Barton Creek
-Check out cowboy boots, suede jackets, and Gunne Sax frocks at the vintage shops, including ‘New Bohemia’ and ‘Flashback.’ There are several around the South Congress area, near ‘Uncommon Objects, a great store for unusual gifts or antique postcards. 1512 S Congress Ave, 78704.
-Austin is full of fun live music. See what’s on at Scoot Inn or Cheer Up Charlie’s or Mohawk…or just ask a local. Everyone is pretty friendly.
-Dance country-western style and watch bands play at The White Horse. 500 Comal St.
-Buy hot sauce. Texas is famous for it.
-Try Deep Eddy grapefruit vodka or Espolon tequila. (Espolon isn’t from Austin but it’s popular here and goes with everything.)

-If you get a chance try tater tot nachos and if you eat meat, BBQ.
-There are numerous excellent taco trucks all over Austin but I like Torchy’s on 1st street because they have great vegetarian options. For vegans, there’s a great vegan truck a few feet away (try the bbq seitan salad.) 1311 S 1st St, 78704. Also Torchy’s is walking distance to the South Congress thrift stores and…
-Gourdough’s Donuts: a trailer that serves delicious and bizarre sugary concoctions. Inside out cherry pie, minus the crust. Bacon and maple syrup atop a nest of dough.  Try the Son of a Peach. Open late. 1503 S 1st St, 78704.
-Arlo’s veggie burgers at Drinks Lounge on Cesar Chavez. Get the vegan bac’n cheeseburger. Mind-blowingly delicious. I’ve seen carnivores devour these too. 2001 E. Cesar Chavez, 78702.Opens at 4 pm.
-24 Diner: a 24-hour deluxe diner with fantastic milkshakes and big brunches. People get excited about their chicken & waffles too. 600 N Lamar Blvd, 78703.

That’s just skimming the surface. Tell me more in the comments…
++++++

On my last night, at a party filled with enchanting characters, I was talking to a new friend from Chile. He declared, "I love Texas!" A man sauntered by and drawled, "Texas loves you, man."