One Day in Rome 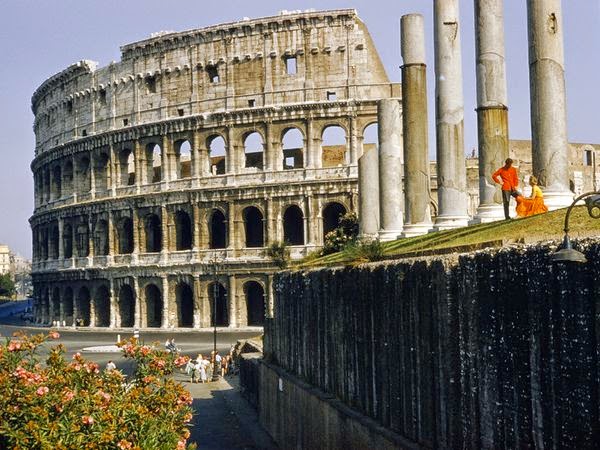 The Colosseum in National Geographic, 1957.


I had only met Angus twice before flying with him to Rome. He was a close friend of that summer’s sweetheart. A few weeks before a few of us had been drinking gin & tonics at a friend’s house in Peckham when I said “Let’s all go to Italy!” and everyone was excited about the idea but then it turned out only Angus and I were free.

So here we were, rolling our suitcases up Via Veneto in the warm sunlight. We checked into a hotel, left our suitcases on the beds, and dashed off to the Villa Borghese to admire the Caravaggio paintings and Bernini statues. We were tempted to spend the afternoon strolling through the park. One time I saw two girls singing and leaping between those trees before kissing each other and rolling over in the grass, all arms and tenderness. Who knows what we would see in the park that afternoon? But evening was approaching and the city was calling.

I led Angus to my favourite statue, The Ecstasy of Saint Teresa. We stopped in a few more churches before returning to the hotel. Clean and dressed, Angus wearing some Bogart in Casablanca get-up and me in a pencil dress off the cover of a pulp novel, we sauntered into the evening. The sun was setting beyond the Roman rooftops. Vespas growled. Italians laughed. The streets grew more crowded as we approached Piazza Colonna. We ate a fantastic fettuccine alfredo at Alfredo alla Scrofa. After we paid the bill and joked around with the waiter, he gifted us with a box of fettuccine to make at home. Angus and I walked to the nearby legendary gelato spot Giolitti. I ordered the sour cherry gelato con panna (with whipped cream.)


We walked to the Pantheon, then Piazza Navona, to Campo di Fiore, and over the bridge to Trastevere for cocktails. Campari-fuelled, we rambled back over the cobblestones, past the majestic palazzos, to our hotel on the other side of town. The next morning we headed north... 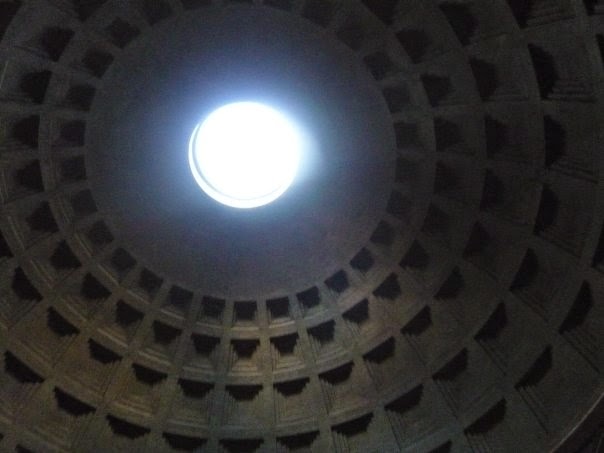 WHAT TO DO IN ROME

Of course there are countless monuments to visit (the Colosseum, the Piazza di Spagna, et cetera) but if you only have a few hours I suggest walking as much as possible and checking out these places:

Villa Borghese Gallery - a villa turned into a museum filled with Baroque masterpieces. Make a reservation in advance. +39 06 841 3979.

The Ecstasy of Saint Teresa - a sculpture by Bernini inside Santa Maria della Vittoria church, Via 20 Settembre, 17, 00187 Roma.

Alfredo alla Scrofa - I know this is a very touristy joint and a bit expensive but it is still delicious and worth a visit.  Order the fettuccine alfredo and you will enter cheese rapture. Via della Scrofa, 104/a, 00186 Roma. 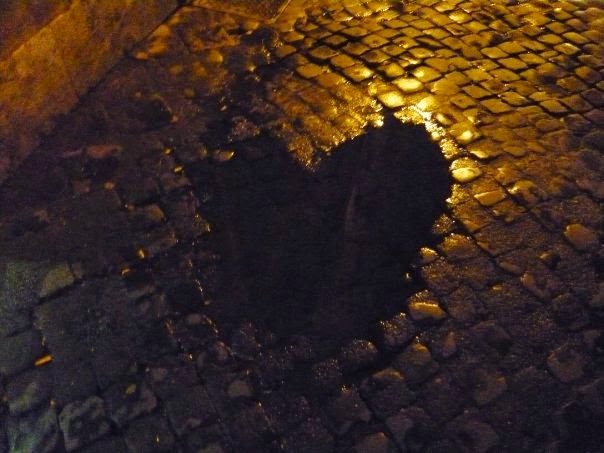 Posted by Margo Fortuny at 08:56 No comments: 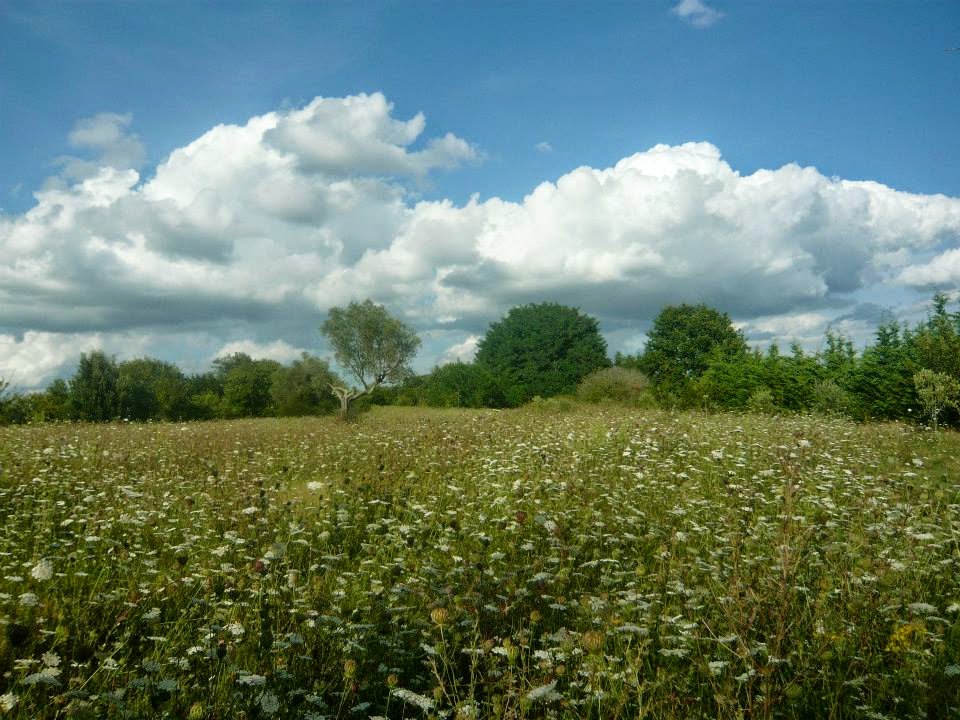 Rome, last August: First, there was the sprint for the train to Ortebello. We headed towards the sea on blue vinyl seats as dogs paraded up the aisle and a little girl exhaled bits of crisps onto my arm. My mother met me at Capalbio station. I introduced her to my new friend Angus. We drove to a beach and then to a house just outside Pitigliano. The clouds had cleared so we picked up my sister and headed to the hot springs at Saturnia. (The Terme are a series of waterfalls and rocky springs surrounded by rolling Tuscan hills.) Revived, we got back in the car and listened to Elvis with the windows open and the summer air rushing in. My sister pulled over and we all leapt out to pick blackberries on the side of the road. That night we went to Il Talismano in Sorono where I ate a pizza bianca (no tomato sauce) with slivers of zucchini garnished with fresh mint leaves. 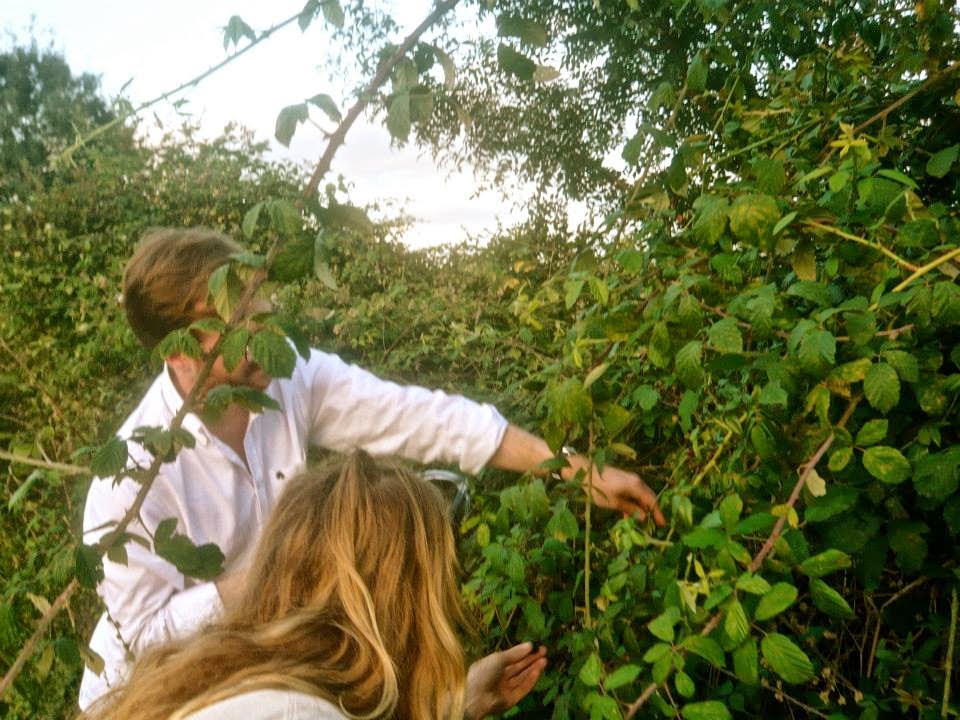 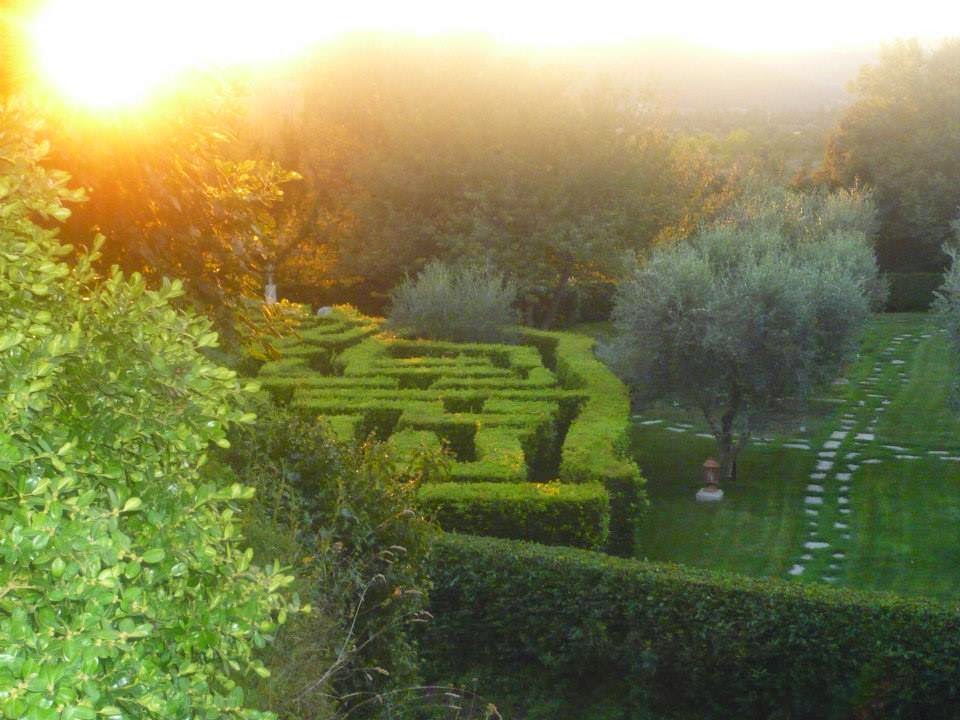 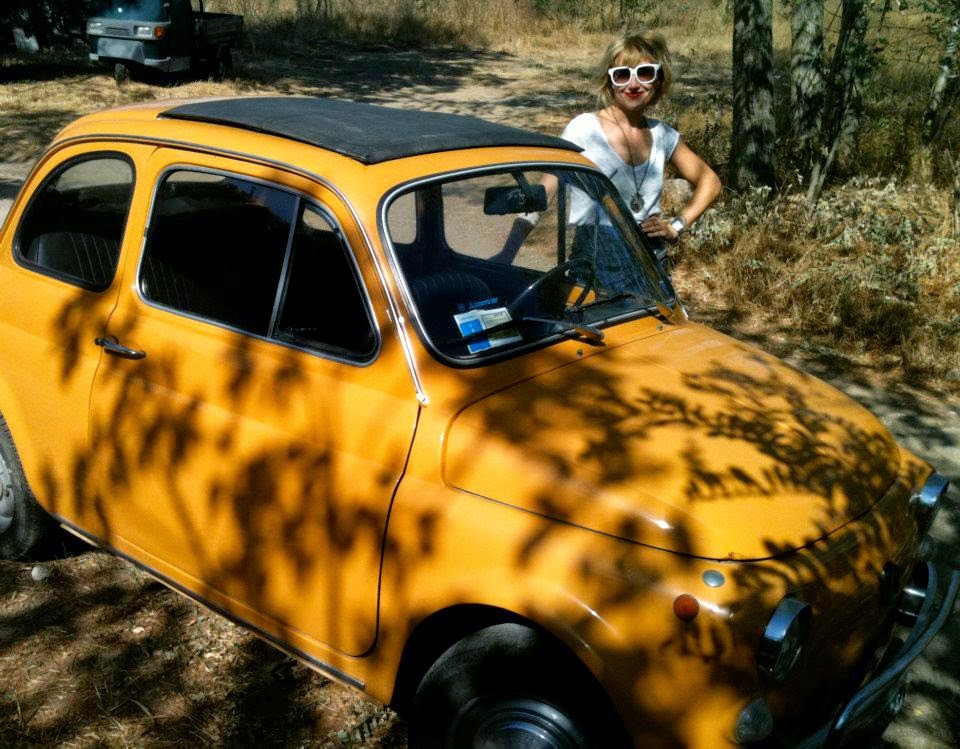 On Sunday my sister drove us to the Vie Cave. We walked along to the ancient Etruscan paths in the morning fog. Massive walls of mossy rock rose up on either side of the narrow path. The afternoon was even more exciting… 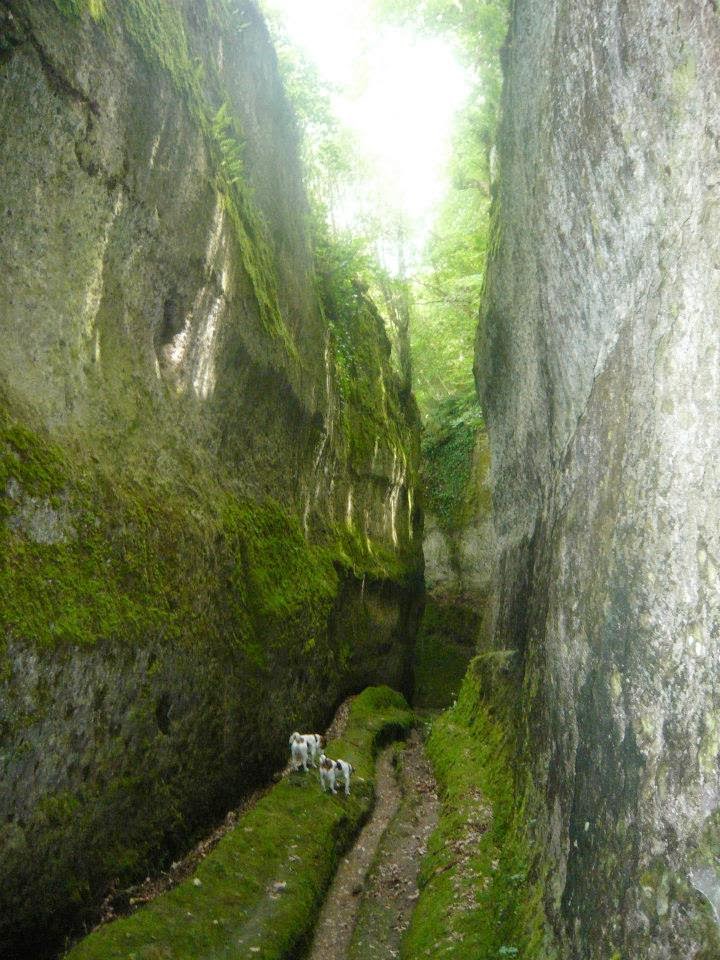 My mother surprised us with an excursion on Lake Bolsena. She rented a little boat and we sped out to the forbidden island with beautiful ruins. After driving for a bit, my mother gave Angus the role of captain, and she began painting the island. We paused by a statue of a lion carved in the rocks so my sister could take pictures with her medium format camera. We took turns jumping off the boat into the water. The sun warmed my skin as I lay down and drank the blue sky. Back on shore, we ate ice cream cones and sipped icy granites.

That night we had fantastic pizzas at La Tavernetta in Savona. My pizza Russa was covered in several kinds of cheese, sautéed onions and a splash of vodka. Back at the house, we drank Negronis around the kitchen table and ate the last of the blackberries. They tasted better staining our fingers by the side of the road. 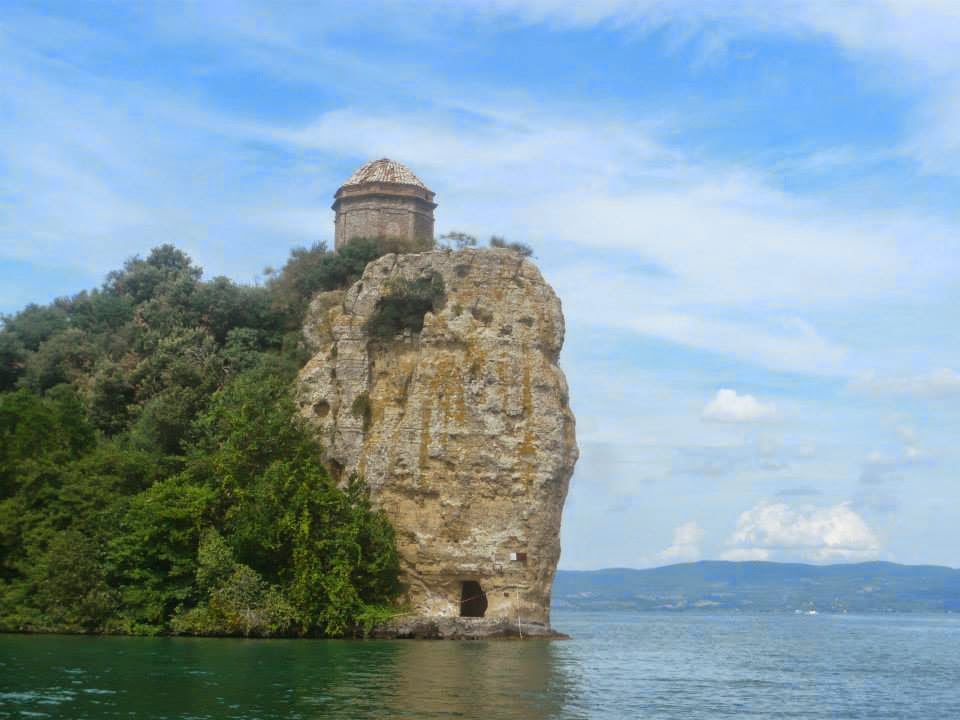 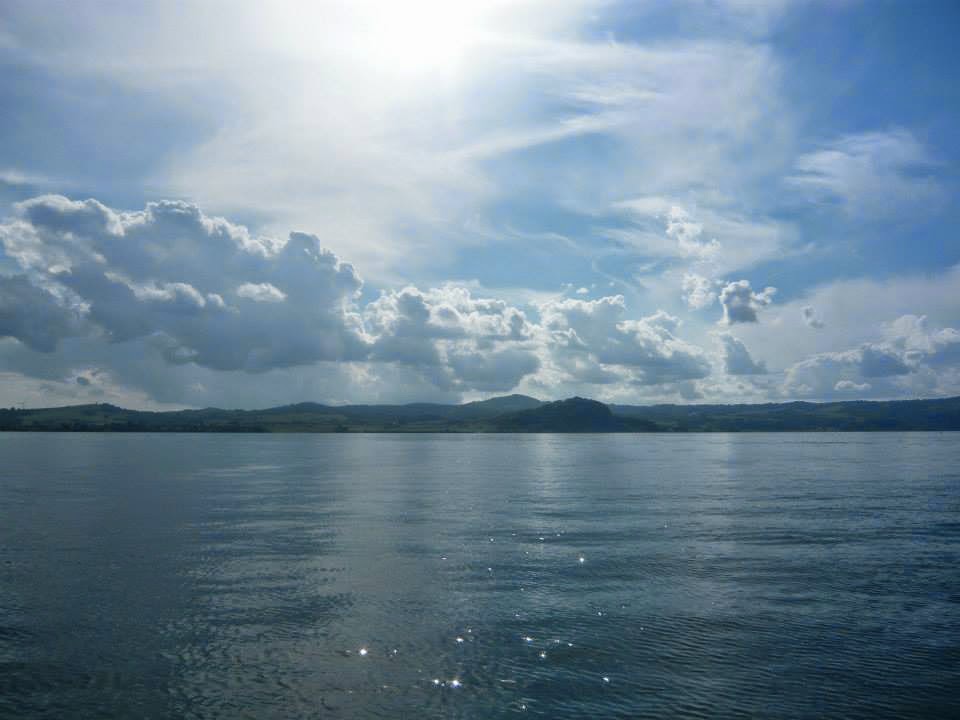 Posted by Margo Fortuny at 09:20 No comments: