2 days on the road: radio, rocks, otters, one jacuzzi & a castle


Dominic picked me up in his white Buick. After a car swap, we were racing up the central California coast, listening to 80s R & B. (My friend Dominic is an excellent driver, gliding through time and space effortlessly. He’s the best kind of person to have on a road trip: full of stories, swift behind the wheel, and he’s got great taste in music. Naturally, he’s from Detroit.) He told me about his wild teenage follies in Mexico. I imagined him on the side of the road, wearing jean-shorts in the baking sun with his hands in the air, hoping the cops wouldn’t find what was in the trunk…

First stop: coffee in Pismo Beach. There was a massive sign for a palm-reader. A few children walked down the street barefoot. 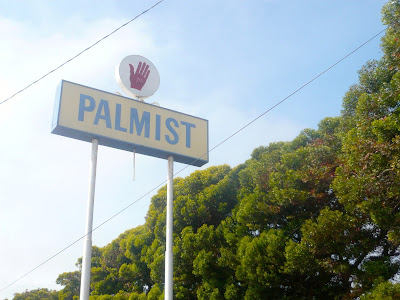 Back in the car, we drove up to Morro Bay. Then it was before us: Morro Rock, sacred Native American land, ancient volcanic mass, and the home of peregrine falcons. This rock has been perching there for over 20 million years. 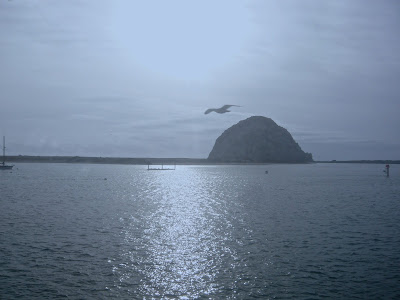 Dominic and I walked around the town, popping into the thrift stores and picking up snacks at the health food store. We dropped our bags off at the motel and set out to find Libertine, a pub with French fries like no other.

We entered the joint. The Beach Boys were playing and there was that late afternoon sunlight slanting all over the place. There was an empty table by the big windows that overlooked the water and Morro Rock.


Unfortunately the menu was uninspiring. Where were these mythical French fries? Hunger roused us from our seats and pushed us towards the door. As we drifted out Dominic spotted a small French fry menu. Ah ha – it exists! Table reclaimed, we found a stoner’s dream on a slip of paper. He ordered a beer and crazy fries tossed in herbs and served with spicy ketchup, beer-cheese sauce, and ranch. I picked “Southern Tots”: tater tots tossed in Buffalo spice, blue cheese crumbles, and melted cheddar, served with blue cheese ranch dressing on the side.  O America! I sipped tart cherry beer out of a little goblet while watching seals and otters play in the water.

Then we wandered along the bay, bought old postcards, and explored the main street. Dominic greeted everyone we passed. A scruffy white-haired biker chatted to us. He told us we could die any day and to enjoy life.

"Let's make Amaretto Sours!" I suggested. Swinging by the liquor store, we bought lemons, Amaretto, and soda water. A few minutes later we were back at the motel. I squeezed the lemons into plastic cups and stirred the cocktails with a straw. We sat on chairs and watched the sun set over the bay. It had a Mediterranean flavor in the semi-darkness. We sipped on the view. 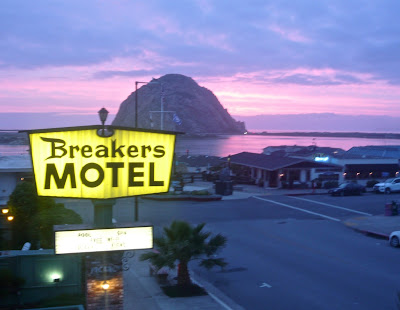 After a swim in the pool, and a dip in the hot tub, we drove to Madonna Inn for drinks. It was my first time in the fabled inn that taste forgot. The bonkers semi-Baroque palace of kitsch was built around 1961. It's barely changed since then. It was as if Elvis and Liberace collaborated on a decorating scheme. What a thrill! I ordered a frosty pink strawberry drink, garnished with whipped cream, and sat in a pale pink leather armchair. Dominic ordered a Kir Royal and sat in a cherry-colored armchair.


Next we moved to the velvety magenta booths for dinner. Nearby, an old couple turned in each other’s arms on an empty dance floor. The band played covers with gusto, despite its diminutive audience. Dinner service was finished but they let us eat cake. We devoured delicious forkfuls of strawberry shortcake before exploring the dinosaur-sized fireplace, the café, and the saloon doors and giant gumball machines downstairs. Midnight led us back to the car. The road beckoned.

The following day we set out early, grabbing breakfast burritos on the way. I balanced mine over a newspaper in my lap, to cover my long, cream-color 1970s dress, as we sped down the highway. Beans, salsa, avocados… "Is it all over my face?” I sang, thinking of the Arthur Russell/ Loose Joints song.

When we arrived at Hearst Castle it was drizzling. The view reminded me of Southern Italy, and the architecture of Spain. 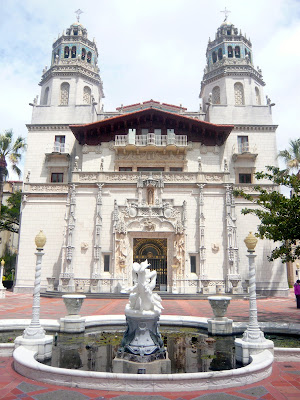 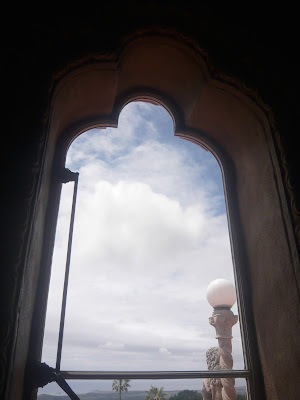 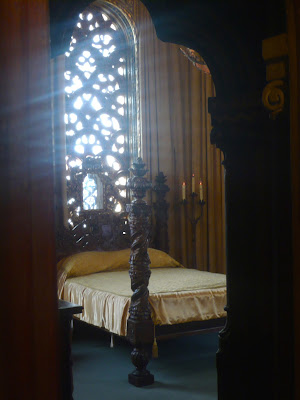 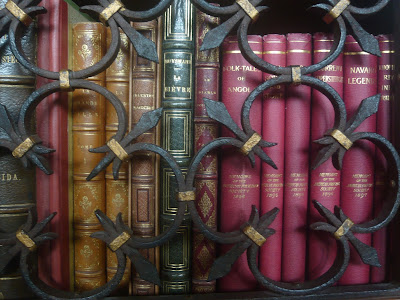 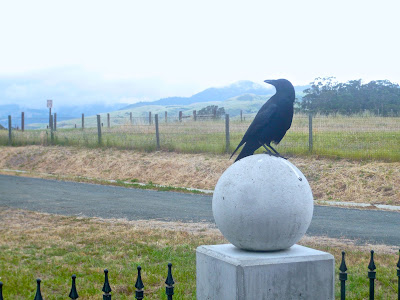 Afterwards, we cruised down Highway 46, past rolling green hills and vineyards. The landscape changed to rows of trees, then the creeping of civilization began, gradually the foliage diminished, and Los Angeles grew nearer. 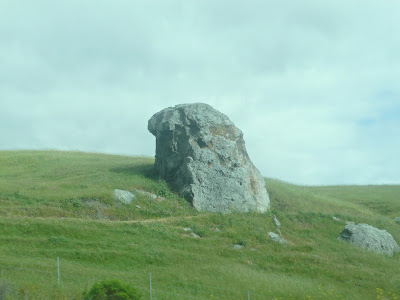 -Sleep at Breakers Inn Motel. The top floor rooms have the best view. There’s a modest pool and Jacuzzi. Double rooms are about $70-130 depending on the month.

-Eat crazy fries and have a craft beer at Libertine Pub. 801 Embarcadero. Open nightly until 11 pm or 12.

-Drive 25 minutes to the legendary Madonna Inn. If you’re on a budget order a cocktail and dessert, or treat yourself to dinner. If you want to splash out book one of the wild themed bedrooms and stay overnight. You’ll definitely want to take a lot of pictures.


-Drive about 45 minutes to Hearst Castle. You have to book your tours online in advance. The 'Upstairs Suites' tour is the most interesting, followed by 'The Grand Rooms' tour. It’s usually open 8 am – 4 pm. Bring a coat; it gets chilly up there. 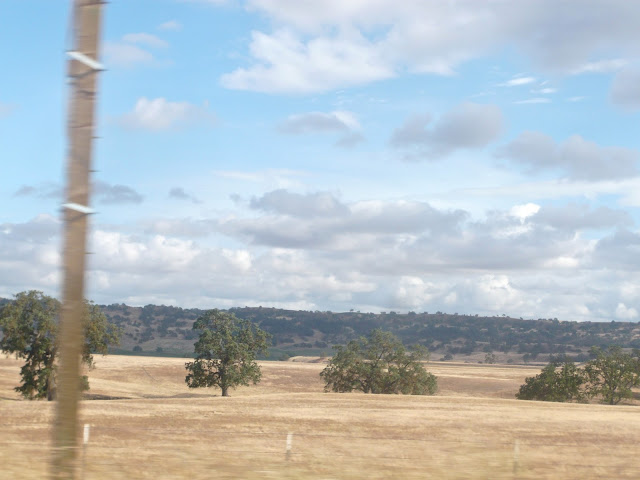