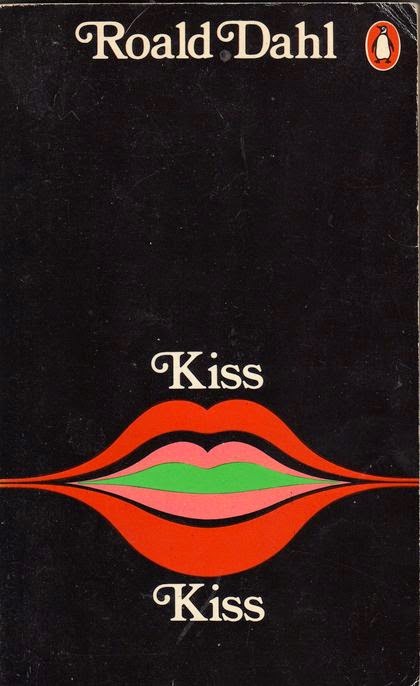 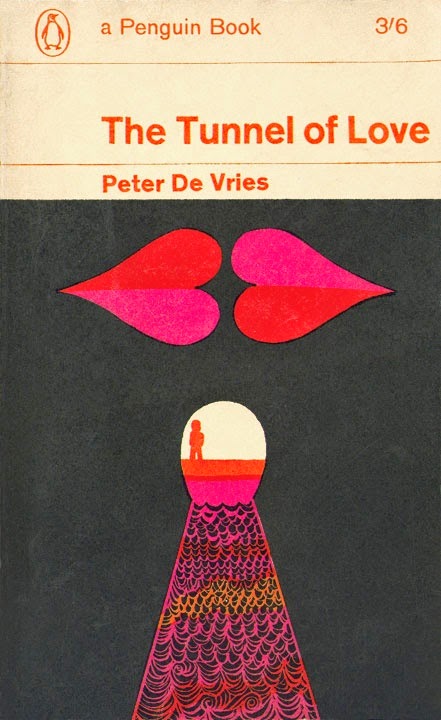 Penguin books, the 60s, psychedelia… Here's what we talked about the first time we had tea. You can read my interview with the cult artist below. 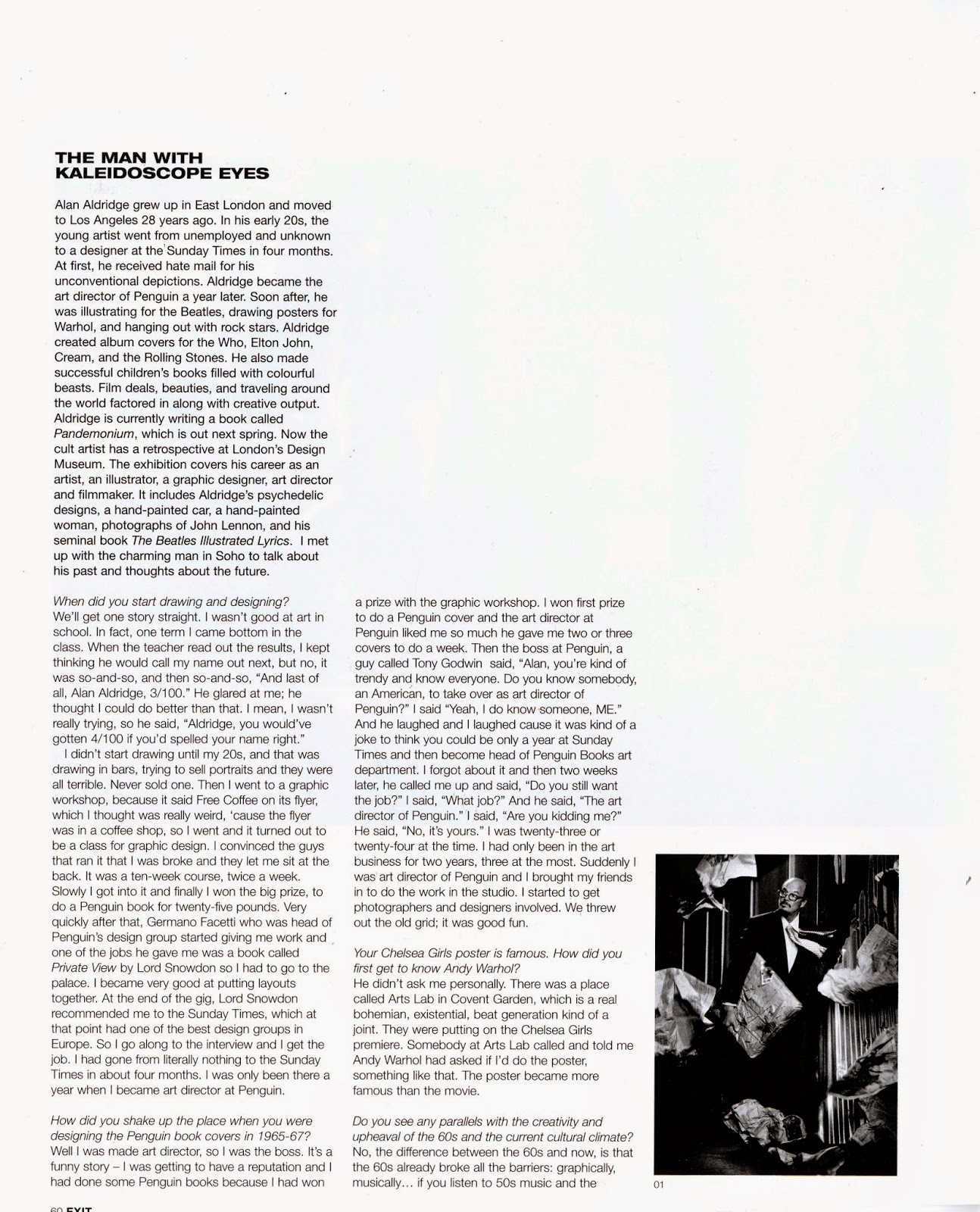 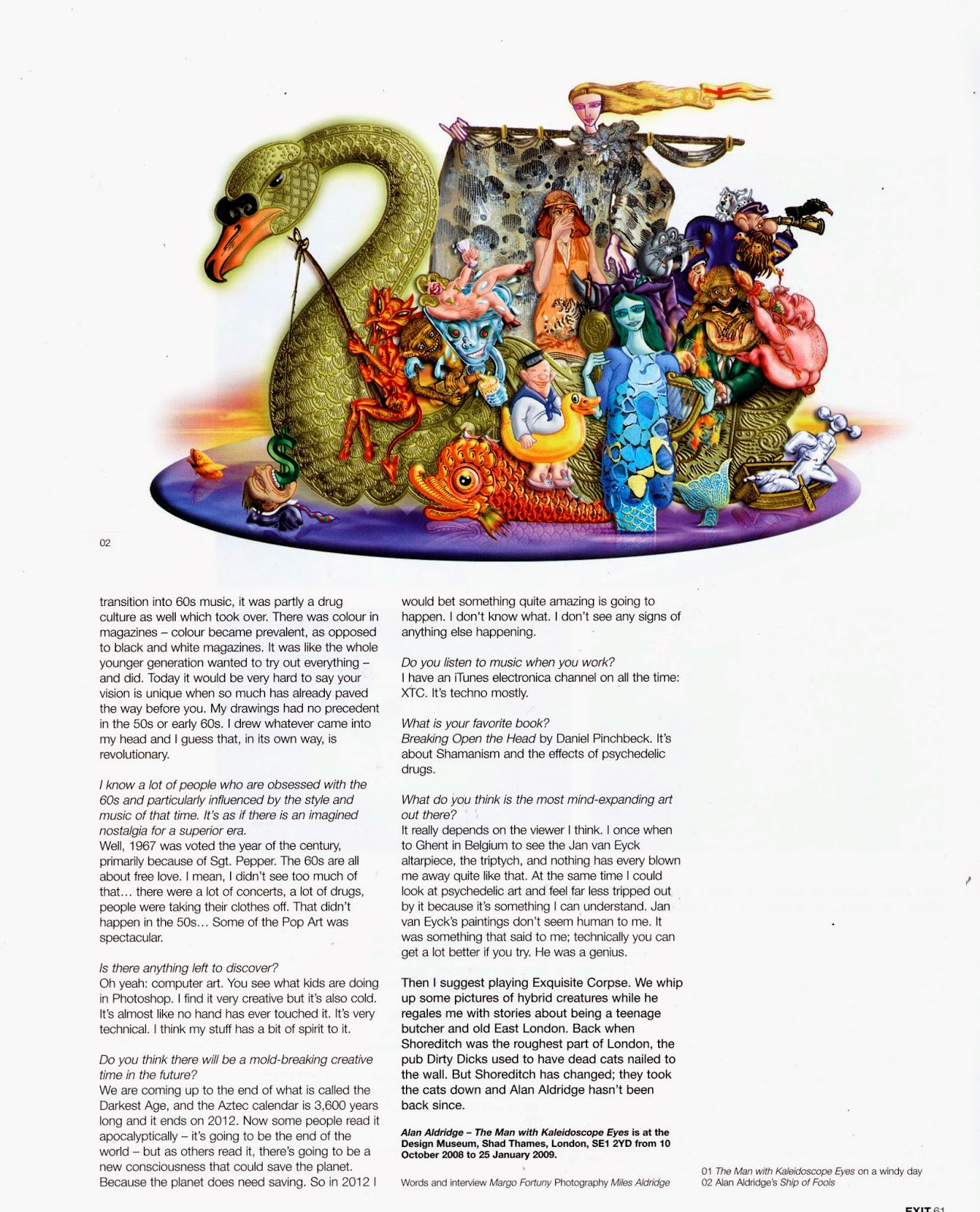 The Man with Kaleidoscope Eyes

Alan Aldridge grew up in East London and moved to Los Angeles 28 years ago. In his early 20s, the young artist went from unemployed and unknown to a designer at the Sunday Times in four months. At first, he received hate mail for his unconventional depictions. Aldridge became the art director of Penguin a year later. Soon after, he was illustrating for the Beatles, drawing posters for Warhol, and hanging out with rock stars. Aldridge created album covers for the Who, Elton John, Cream, and the Rolling Stones. He also made successful children’s books filled with colourful beasts. Film deals, beauties, and traveling around the world factored in along with creative output. Aldridge is currently writing a book called Pandemonium, which is out next spring. I met up with the charming man in Soho to talk about his past and thoughts about the future.

When did you start drawing and designing?
We’ll get one story straight. I wasn’t good at art in school. In fact, one term I came bottom in the class. When the teacher read out the results, I kept thinking he would call my name out next, but no, it was so-and-so, and then so-and-so, “And last of all, Alan Aldridge, 3/100.”   He glared at me; he thought I could do better than that. I mean, I wasn’t really trying, so he said, “Aldridge, you would’ve gotten 4/100 if you’d spelled your name right.”
I didn’t start drawing until my 20s, and that was drawing in bars, trying to sell portraits and they were all terrible. Never sold one. Then I went to a graphic workshop, because it said Free Coffee on its flyer, which I thought was really weird, ‘cause the flyer was in a coffee shop, so I went and it turned out to be a class for graphic design. I convinced the guys that ran it that I was broke and they let me sit at the back. It was a ten-week course, twice a week. Slowly I got into it and finally I won the big prize, to do a Penguin book for twenty-five pounds. Very quickly after that, Germano Facetti who was head of Penguin’s design group started giving me work and one of the jobs he gave me was a book called Private View by Lord Snowdon so I had to go to the palace. I became very good at putting layouts together. At the end of the gig, Lord Snowdon recommended me to the Sunday Times, which at that point had one of the best design groups in Europe. So I go along to the interview and I get the job. I had gone from literally nothing to the Sunday Times in about four months. I had only been there a year when I became art director at Penguin.
How did you shake up the place when you were designing the Penguin book covers in 1965-67?
Well I was made art director, so I was the boss. It’s a funny story-I was getting to have a reputation and I had done some Penguin books because I had won a prize with the graphic workshop. I won first prize to do a Penguin cover and the art director at Penguin liked me so much he gave me two or three covers to do a week. Then the boss at Penguin, a guy called Tony Godwin  said, “Alan, you’re kind of trendy and know everyone. Do you know somebody, an American, to take over as art director of Penguin?”   I said “Yeah, I do know someone, ME.” And he laughed and I laughed cause it was kind of a joke to think you could be only a year at Sunday Times and then become head of Penguin Books art department. I forgot about it and then two weeks later, he called me up and said, “Do you still want the job?”  I said, “What job?”  And he said, “The art director of Penguin.”  I said, “Are you kidding me?”  He said, “No, it’s yours.”  I was twenty-three or twenty-four at the time. I had only been in the art business for two years, three at the most. Suddenly I was art director of Penguin and I brought my friends in to do the work in the studio. I started to get photographers and designers involved. We threw out the old grid; it was good fun.

Your Chelsea Girls poster is famous.  How did you get to know Andy Warhol?
He didn’t ask me personally. There was a place called Arts Lab in Covent Garden, which is a real bohemian, existential, beat generation kind of a joint. They were putting on the Chelsea Girls premiere. Somebody at Arts Lab called and told me Andy Warhol had asked if I’d do the poster, something like that. The poster became more famous than the movie.
Do you see any parallels with the creativity and upheaval of the 60s and the current cultural climate?
No, the difference between the 60s and now, is that the 60s already broke all the barriers: graphically, musically…if you listen to 50s music and the transition into 60s music, it was partly a drug culture as well which took over. There was colour in magazines. Colour became prevalent, as opposed to black and white magazines. It was like the whole younger generation wanted to try out everything...and did. Today it would be very hard to say your vision is unique when so much has already paved the way before you. My drawings had no precedent in the 50s or early 60s. I drew whatever came into my head and I guess that, in its own way, is revolutionary.
I know a lot of people who are obsessed with the 60s and particularly influenced by the style and music of that time. It’s as if there is an imagined nostalgia for a superior era.
Well, 1967 was voted the year of the century, primarily because of Sgt. Pepper. The 60s are all about free love. I mean, I didn’t see too much of that…there were a lot of concerts, a lot of drugs, people were taking their clothes off. That didn’t happen in the 50s…Some of the Pop Art was spectacular.
Is there anything left to discover?
Oh yeah: computer art. You see what kids are doing in Photoshop. I find it very creative but it’s also cold. It’s almost like no hand has ever touched it. It’s very technical. I think my stuff has a bit of spirit to it.

Do you listen to music when you work?
I have an itunes electronica channel on all the time: XTC. It’s techno mostly.
What is your favorite book?
Breaking Open the Head by Daniel Pinchbeck. It’s about Shamanism and the effects of psychedelic drugs.
What do you think is the most mind-expanding art out there?
It really depends on the viewer I think. I once when to Ghent in Belgium to see the Jan van Eyck altarpiece, the triptych, and nothing has every blown me away quite like that. At the same time I could look at psychedelic art and feel far less tripped out by it because it’s something I can understand. Jan van Eyck’s paintings don’t seem human to me. It was something that said to me technically you can get a lot better if you try. He was a genius.


Then I suggest playing Exquisite Corpse. We whip up some pictures of hybrid creatures while he regales me with stories about when he was a teenage butcher and old East London. Back when Shoreditch was the roughest part of London, the pub Dirty Dicks used to have dead cats nailed to the wall. But Shoreditch has changed; they took the cats down and Alan Aldridge hasn’t been back since.

-Words and interview by Margo Fortuny. Published in Exit Magazine, 2008. 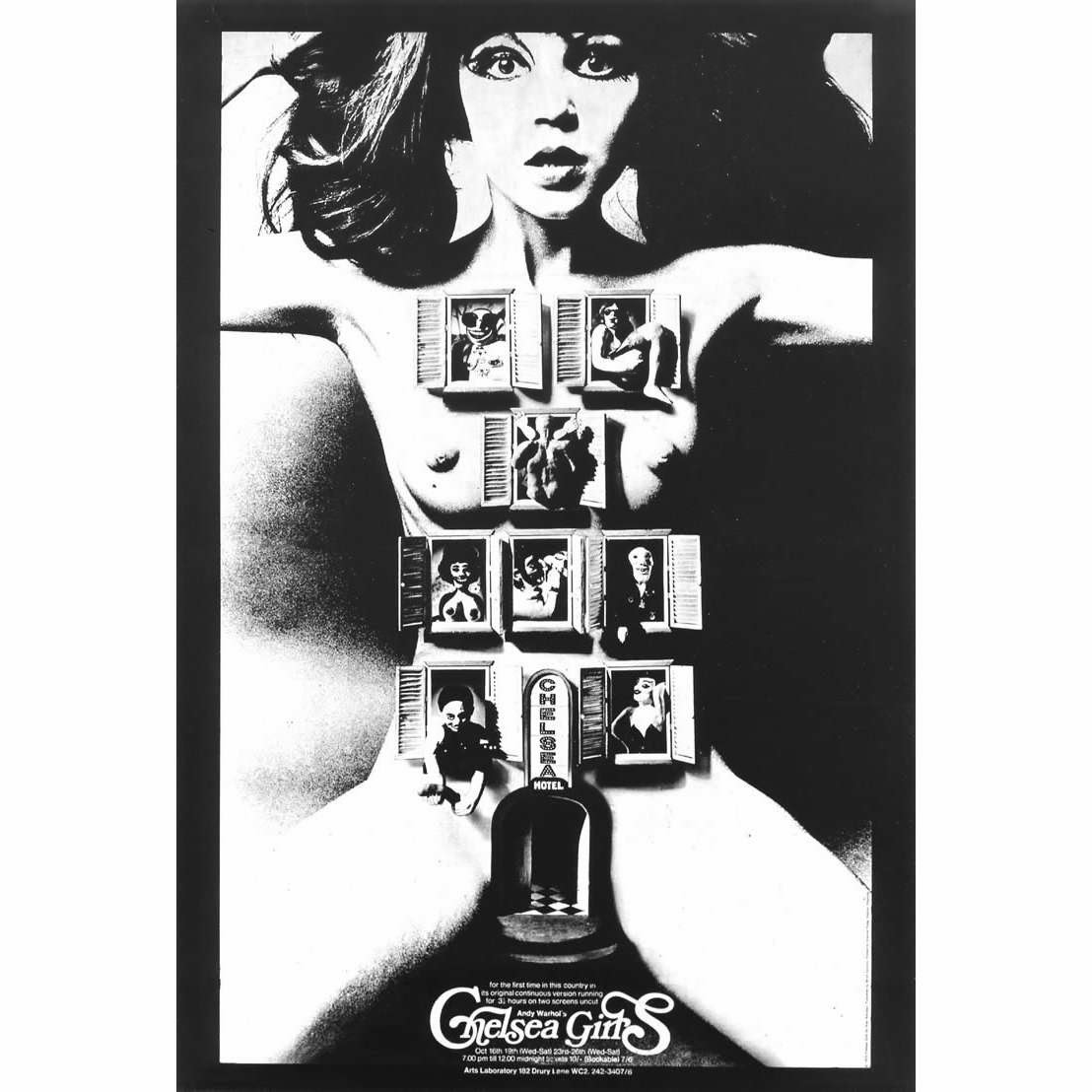 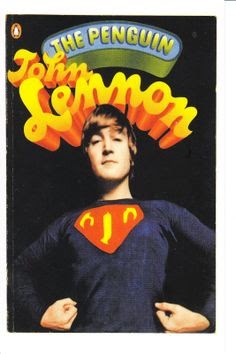