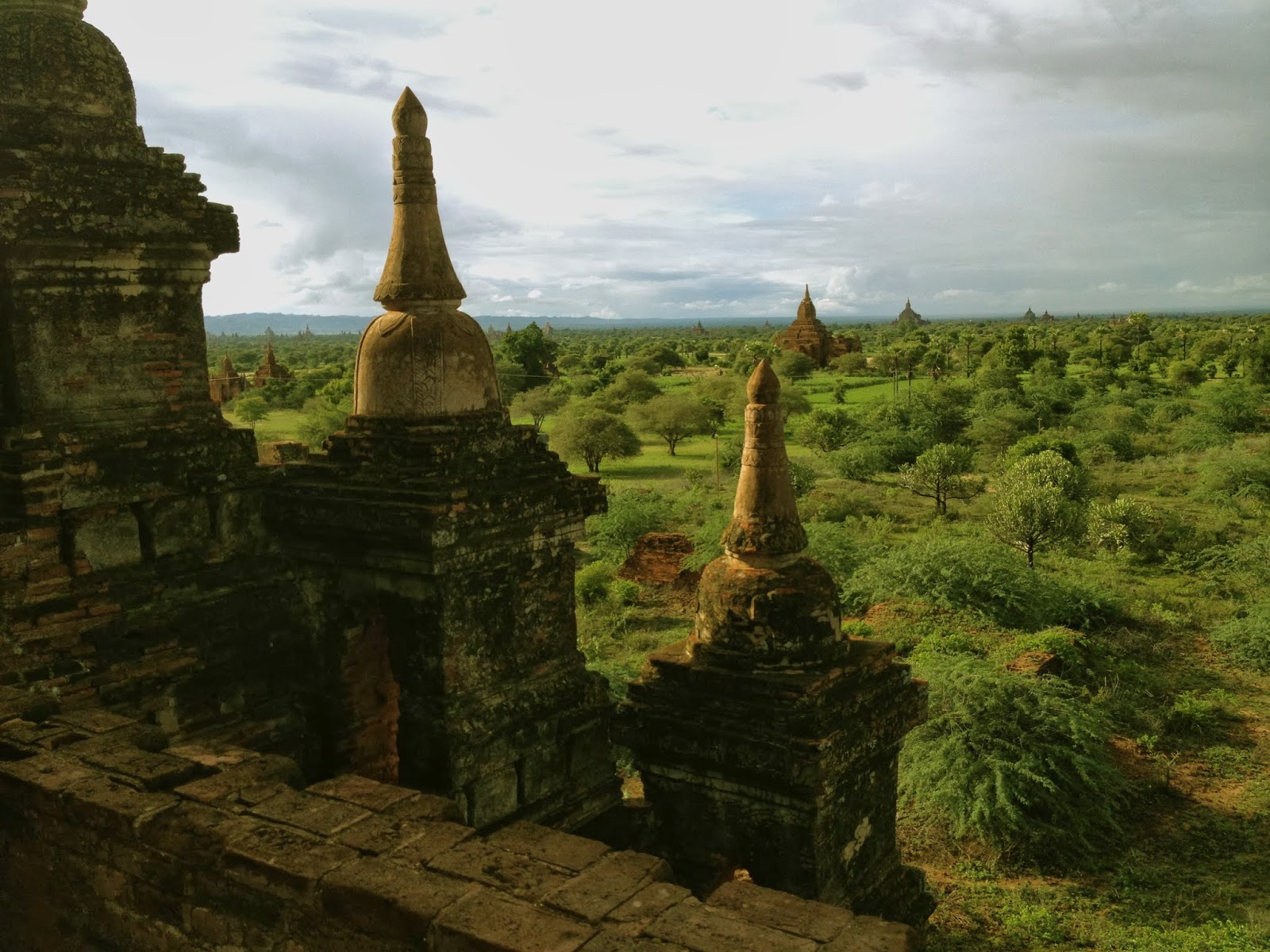 THE PAST IN THE GRASS

He disentangled his body from hers. Above the low bed, the rotating blades of the ceiling fan dragged the air in circles. He held her hand to stop her nuzzling, to keep her connected but at an arm’s length. The empty feeling seeped in. Her breathing slowed and he slipped out.
The morning bleated around him in a song of herds and dust and chains of jasmine.  He walked to his bike and took off for Bagan. White cows ambled by mares on the side of the road. Thin women walked in the opposite direction, balancing massive roped-up branches on their heads. The smell of earth inhabited his nostrils, the sun eased over his face, the wind stroked his hair and he forgot about her. Freed from thought he relaxed into sensation. The monsoon had intensified the landscape: trees bloomed everywhere, half-submerged in pools of water where leaves and sky met in  curdled reflections. In the stark sunlight everything looked too vivid to be real. He felt he was riding through a photograph.
Glancing around, he parked in the high grass about a mile away from the temple. He carried his shoes. There was no one. The temple rose before him. Hall waited there.
Barefoot, he entered the cool shadows, climbed the steep steps and paused beneath an arch, “I need to give you something.” Standing close enough to see the sweat on Hall’s brow, he looked into his eyes, searching for a reason to stop. He reached out and struck the man. Hall lost consciousness. He gripped Hall’s neck, pressing on the stun spot, before rolling the limp body over the edge to fall from the temple into the grass.
Shoes in hand, he walked back to the motorcycle, remembering the times he had let himself be crushed. The prostration was over.
-a short story by Margo Fortuny, with photographs taken in Burma. 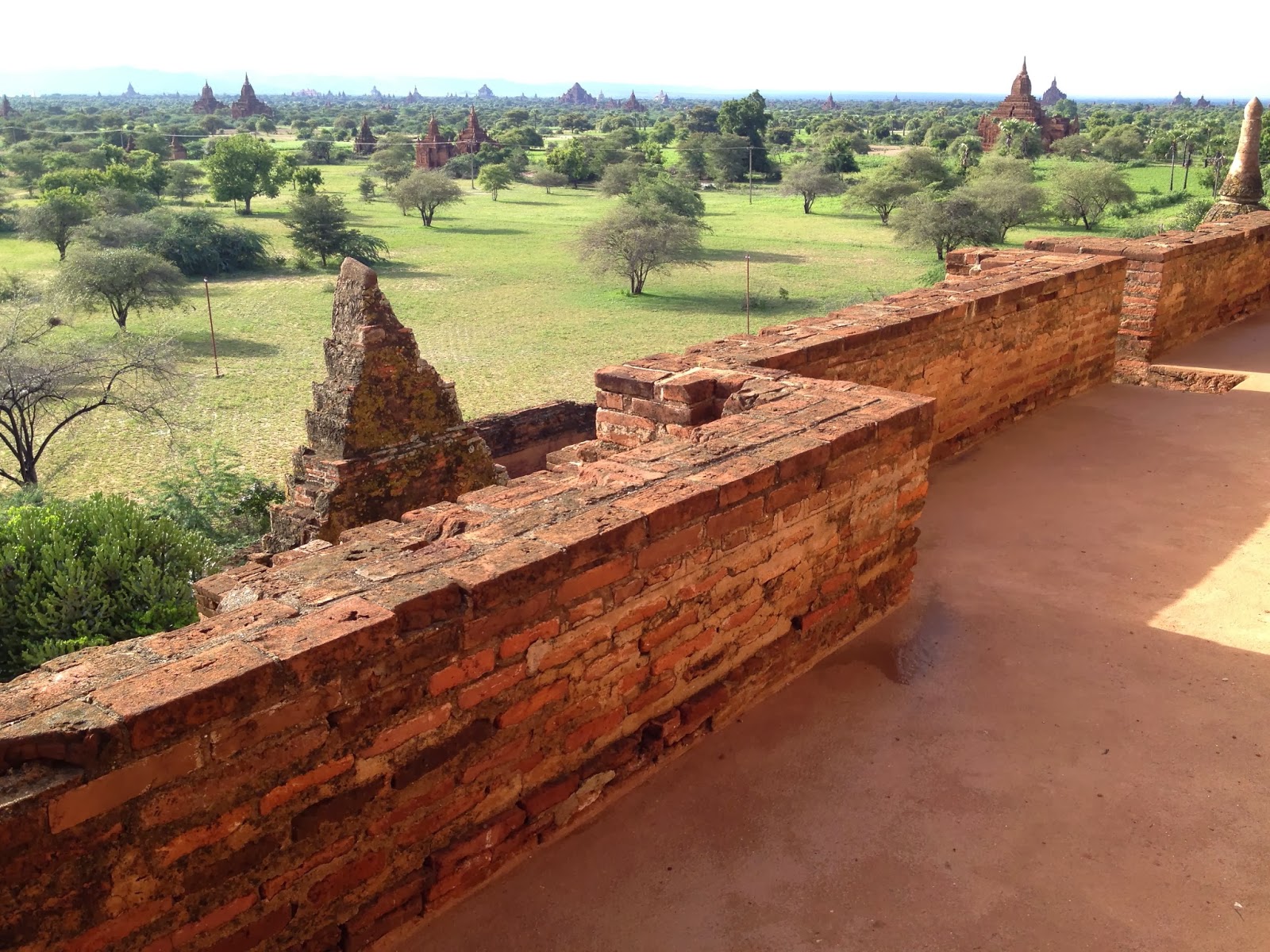 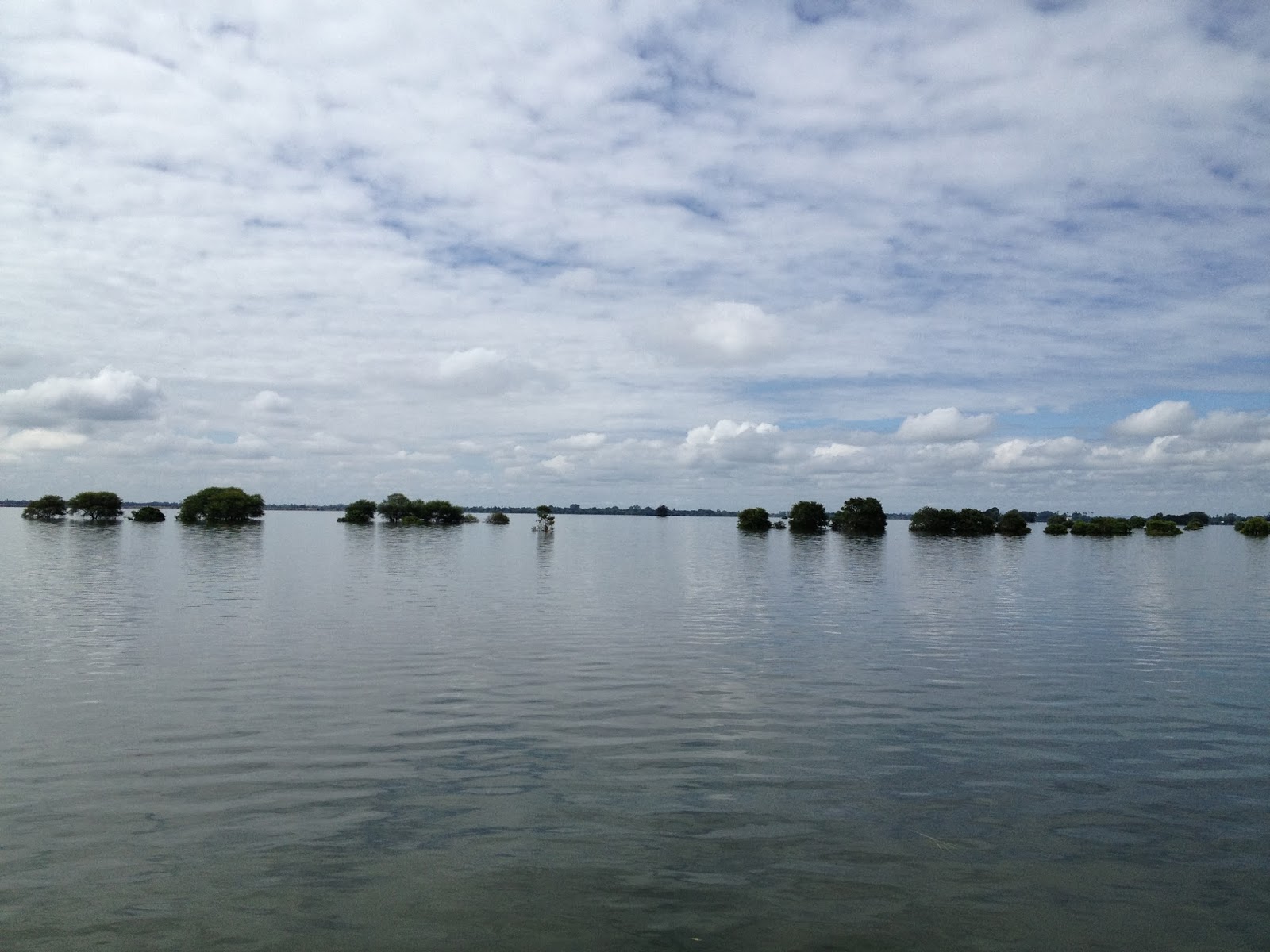