“Are there any elf nightclubs in Stockholm?” 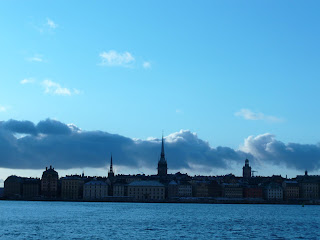 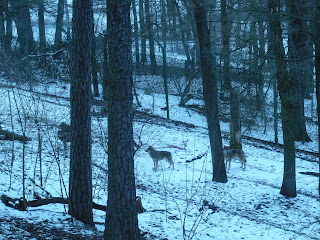 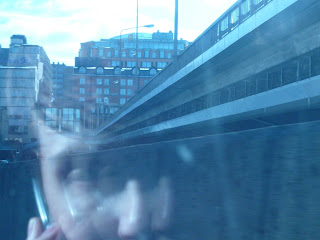 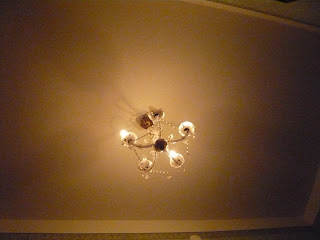 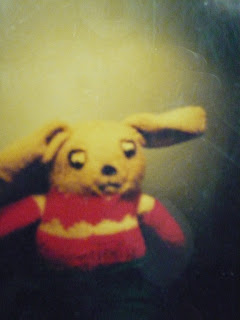 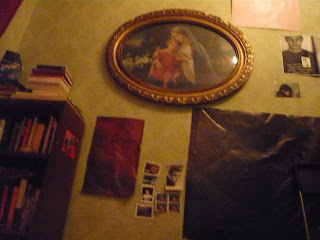 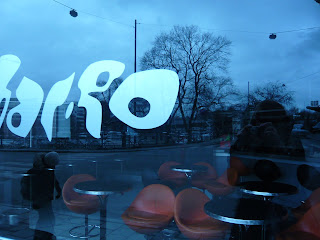 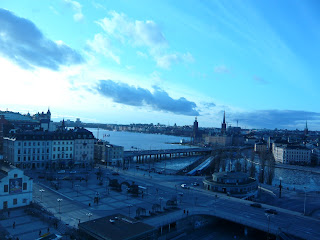 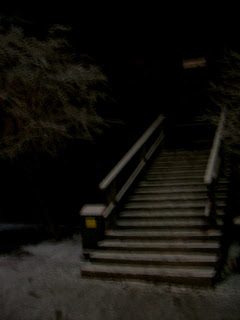 Stockholm:
we basked in the bright bluish light/
bought shiny old records in perfect condition/
walked around a massive, splintery 17th century ship/
watched wolves run through the forest/
bought design magazines and Finnish vodka/
befriended cordial Swedish boys who cooked us a fantastic dinner that ended with mango sorbet and inky lingonberries/
drank spicy mulled wine on curved orange metal chairs in front of Victorian style wallpaper as 1950s rock & roll played/
walked in the midnight silence and heard the snow crunch beneath our feet/
threw snowballs... my aim is true. but terrible.
stayed with a sleepy eyed friend with elfin locks who cooked us scrambled eggs and flatbread in the morning/
meandered in the clean quiet snowy streets.

It’s not the intensity of London, or the restrained chic of Paris, or the energy of New York, or the beautiful madness of Naples, or the Shangri-la of Los Angeles…Stockholm is politeness, fresh air, efficiency, and tranquility.

I went to Stockholm last week with my friend Mike. We stayed with his aunt and uncle, who were pretty wonderful. Surprisingly, everyone thought I was Swedish.

One afternoon we met up with Eli, a friend of a friend, at Copacabana filmkafe. The three of us sat around a cozy table, sipping steaming fragrant drinks. I warmed up by telling a story about an action-packed night outside a warehouse party in Dalston. Then I asked the local about elves in Sweden. He looked at me like I was nuts.
“Maybe that’s a Norwegian thing,” he replied.
“Cos I had this friend who was quite into them…” I trailed off.
“Though they say if you’re in the country, in the summer, before dawn, if you look in the grass, in the dew, you can see fairies. And, at Christmastime we leave food out for the gnomes,” he mentioned casually.
Ok, so no elves in town, but we have got gnomes running around somewhere?
I buttered a soft slice of bread. Then the conversation moved to morphine and 80s bands. Afterwards, we went outside, past the water glinting in the 3 o’clock light, up a narrow street, to an ace record store.

Here are my suggestions.

TO DO:
Stockholm rivals Paris for the number of museums. Paris has the classic Greatest Hits of Art History whereas Stockholm wins the quirky points. In addition to a fantastic Modern Art Museum and various contemporary art and design venues, the Swedish city has a museum of spirits, a museum of the history of drunkenness, a museum of matches, postal stamps, miniatures, customs (as in the airport kind) the list goes on and on…

Take the ferry to Djurgarden and visit Skansen. Skansen is an amazing open air museum that houses traditional Scandinavian architecture, live reindeer, a pack of wolves, and other exciting beasts. There are loads of other cool stuff to see, including the Vasamuseet, which is walking distance from Skansen. Vasamuseet houses an enormous 17th century ship if you’re into that sort of thing.

If you like holding hands in narrow alleyways and old houses, walk around Gamla Stan. 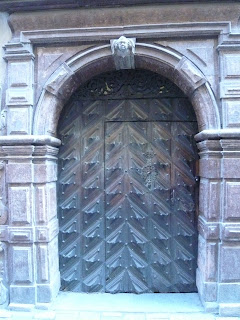 Other cool stores are bookstore Bokmagasinet, Hornsgatan 80- near Judits- and there is a fantastic, cheap, vegetarian place next door, and design store Designtorget, Gotgatan 31, metro stop: Slussen.


GOING OUT
Drinks are really expensive in bars so if you’re on a budget I recommend buying some raspberry juice and vodka (try Koskenkorva Finnish vodka-it’s less expensive than Absolut and tastier) and having a few cocktails before you go out.
Instead of liquor stores/off licenses, they have Systembolaget, which close quite early on Saturdays (there’s one near the Central Train Station at Klarabergsgatan 62.)
I got carded at some places so bring your i.d.

Södermalm is the coolest area in Stockholm, especially for nightlife. 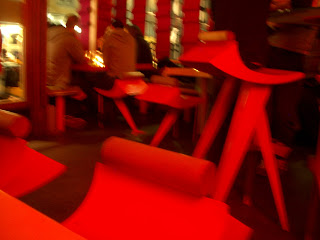 Carmen-a lively joint, Tjarhovsgatan 14, closes at 1 am Mon-Sat and 11 pm on Sundays.

The subterranean, kitchy Vampire Lounge has excellent cocktails and drink deals on Mondays. Östgötagatan 41 metro: Medborgarpatsen. Closes at 1 am.

My flatmate informed me that Stockholm has quite a sharp minimal techno scene too.

TO EAT:
Let’s talk about the numerous vegetarian options in Stockholm. Check out: the Copacabana café at Rio Cinema. I ate the lightest, most favourful falafal of my entire life with crisp roasted potatoes, and a tasty yogurt sauce that was a cross between sadziki and raita. Mike had a rich hot cocoa with a dash of chili. There’s also a fantastic record shop nearbye but I can’t remember what it’s called so just explore the area. (Hornstulls Strand 3 , Södermalm Mon - Thu 09:00 - 20:00, Fri 09:00 - 19:00, Sat - Sun 10:00 - 19:00, metro: Hornstull.)

Check out the low-key vegetarian place next to Bokmagasinet, Hornsgatan 80.

Go to a bakery and buy the short, bright green marzipan roll and the small sugary hear shaped cookie. The cookie is paper thin and tastes like Cinnamon Toast Crunch. You might also want to try the soft, twisty cardamom bread.

Across from Zinkensdamm metro stop, there is an unusual supermarket. When you get to the dairy section, you start hearing cow sounds and goats muttering. Are there creatures lingering behind the freezer doors? In the nuts and seeds section, birds tweet. Basically, they have a soundtrack for varying sections. It has a huge selection, especially in the organic/health food department.

All the food I tried in Stockholm was delicious.

ADVICE FOR PRACTICAL CATS
+Before you go, check out the Lonely Planet Stockholm guide from your library.
+Sometimes SAS has better deals than the easyjet style airlines.
+Most things (clothes, alcohol, shampoo, etc…) are surprisingly expensive so pack whatever you need instead of buying them once you arrive.
+Buy a three day bus/metro pass or longer, it’s cheaper. Also, it works for the ferry to Djurgarten.
+Shops and attractions close quite early, between 4-7 pm, though the hours differ in the summertime.
+Check the internet at a 7-11 convenience store. They’re open all night and you buy a voucher for an hour. If you don’t use the whole time, save the voucher and use it at another 7-11.
+Take off your shoes as soon as you get inside someone’s front door. You probably knew that if you have Swedish friends.


SWEDISH MIXTAPE (spread some cheese on your flatbread): Peter, Bjorn & John “The Chills”, Lo-Fi Fnk “City”, Slagsmålsklubben, “Sponsered by Destiny”
The Ark “Calleth You, Cometh I”, The Shout Out Louds “Impossible”, Abba “S.O.S.”...I know there are cooler bands out there, so please make me a mix/ tell me about them.