A few weeks ago, I read Gala Knörr's letters to Jack Kerouac, along with four other artists, for her exhibition 'Tumbleweeds' in Bilbao. We read lively letters in a seance-like performance on Zoom (due to the pandemic), in between jazz played by a live saxophonist. The reading premiered on December 14th on Youtube. (Mine is in English at 36:10 if you're curious.) 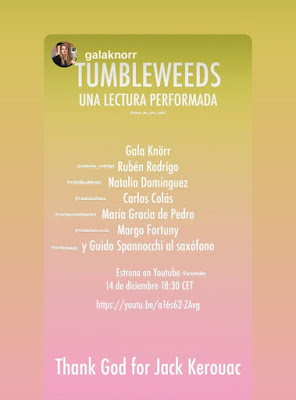 "Tumbleweeds' is a project based on the fictitious epistolary relationship that artist Gala Knörr established with her "silent mentor" Jack Kerouac. A mentor whose answers could only be found within his oeuvre. Modelling her writing after Satori in Paris, a cognac infused short novel based on Jack Kerouac's search for his family origins on a ten day trip to Paris and Brest, in which the author alludes to a spiritual awakening, yet finds said 'kick in the eye' in a series of Parisian pilgrimage-like extravagant encounters. Knörr narrates similar anecdotical rendez-vous over a four month period at a residency at Cité Internationale des Arts. Utilizing the figure as the one of a confidant, she invokes Jack's spirit, in a seance like performative activation reading of her letters as if we were in a 'Shakespeare&Co' tea party."  -Nicolas de Ribou/ Gala Knörr

The exhibition is on until January 8, 2021 at Torre de Arriz. Go see it if you're in Bilbao. 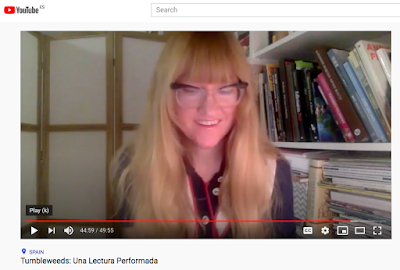 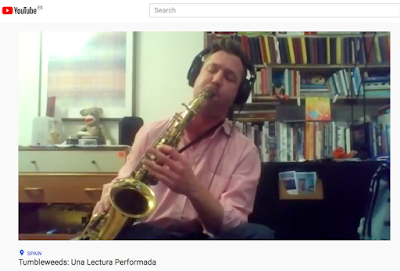