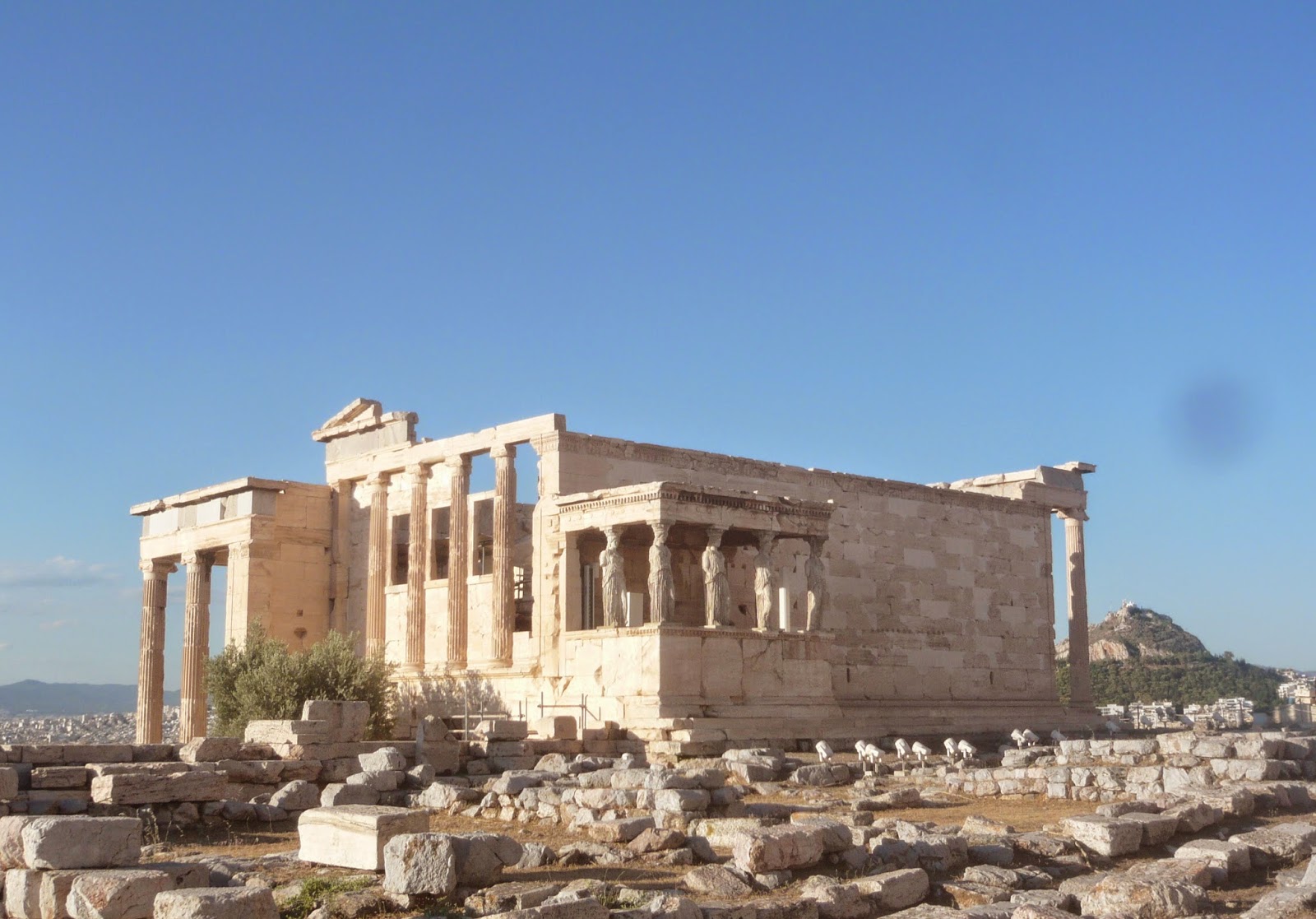 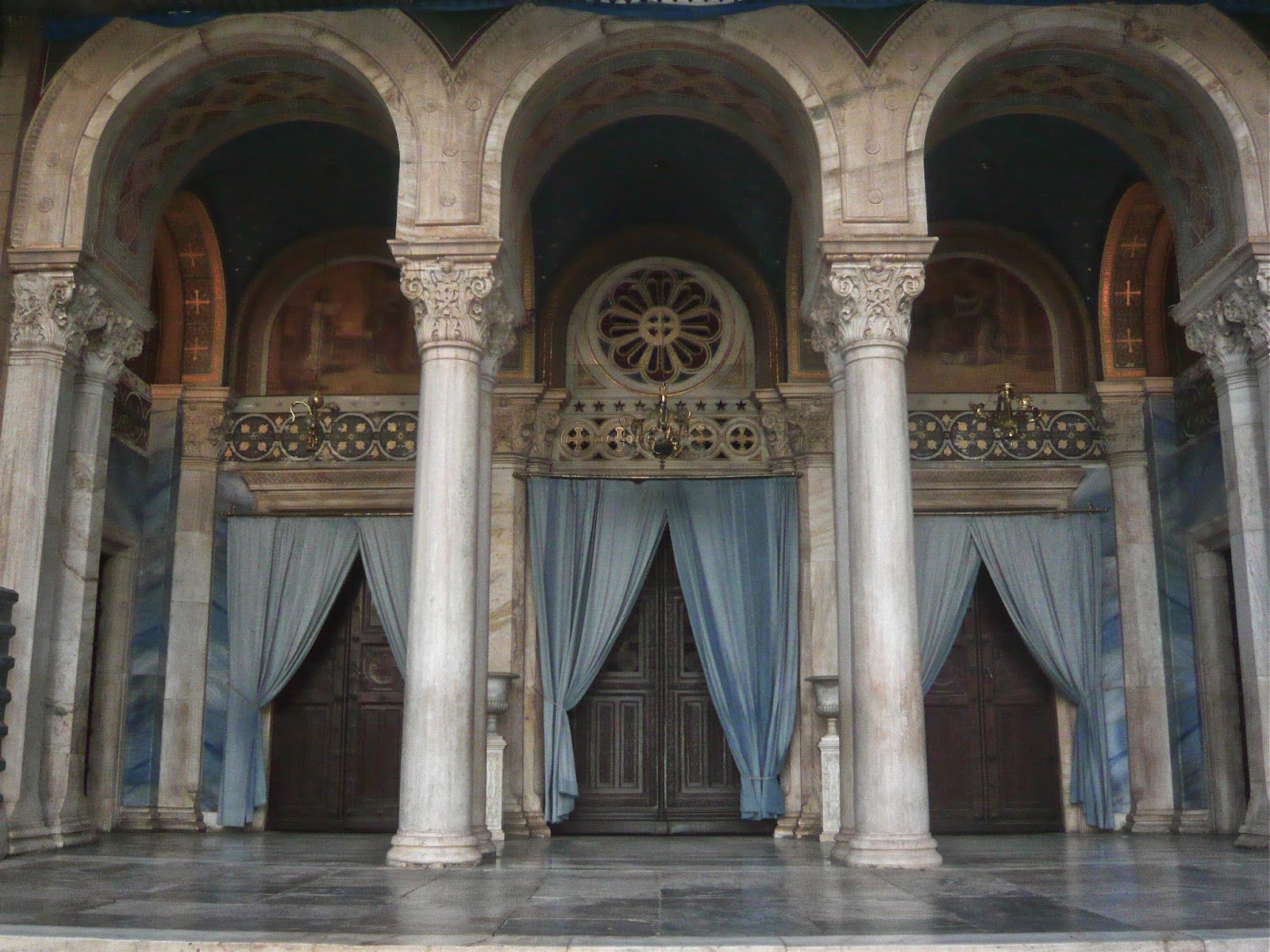 The glittering sea rippled under the wind. We approached thistle land and landed with a thud. My father met me at the airport, in an elegant collared shirt, linen trousers, and suede brogues, topped off with sunglasses he’s had since the 70s, oblivious to the intense heat except for a blotting of his white brow.

He drove me to the Acropolis in his 80s Renault. We climbed the slippery white marble stairs, so soft and smooth I was tempted to pet them. Tourists felt the same and reached out for the columns for a historic stroke, despite the “Do not touch” signs. My father told me how he visited the Acropolis as a boy and back then you could sit on the steps. In the ancient amphitheatre dancers rehearsed below the endless steep stairs. Music drifted up to the crumbling temples. The cream columns glowed golden in the twilight.

Next he showed me a little abandoned building nearby that resembled a Japanese teahouse. It used to be a café. It still had the mood of a place you could spend hours in, resting your feet on the uneven marble floor in the warm Athenian evening. We noticed two half-drunk champagne flutes and the remains of a picnic on a table.

We walked past the outdoor movie theatre to Psirri, dipping into narrow streets, people watching and pausing to admire boxy old cars, guessing the make as we got closer. One street had cables or ropes strung up and down it, as if the houses on either side were loosely laced together. The ropes were decorated with a random assortment of chandeliers and old lamps.

We went for dinner at Omorpho in Kolonaki where I devoured potatoes seasoned with oregano, followed by garlicky tsadziki, fried zucchini balls, and green beans in a fragrant tomato sauce, gently spiced with a dash of cumin. My father drank wine in a small glass, poured from a small tin pitcher. For dessert, we ducked into a pastry shop and bought two miniature chocolate cakes with rich, gooey insides.

It was nearing midnight so he drove me to the boat. He deposited me inside the ferry with hugs and kisses and a wave. Goodbye Athens. 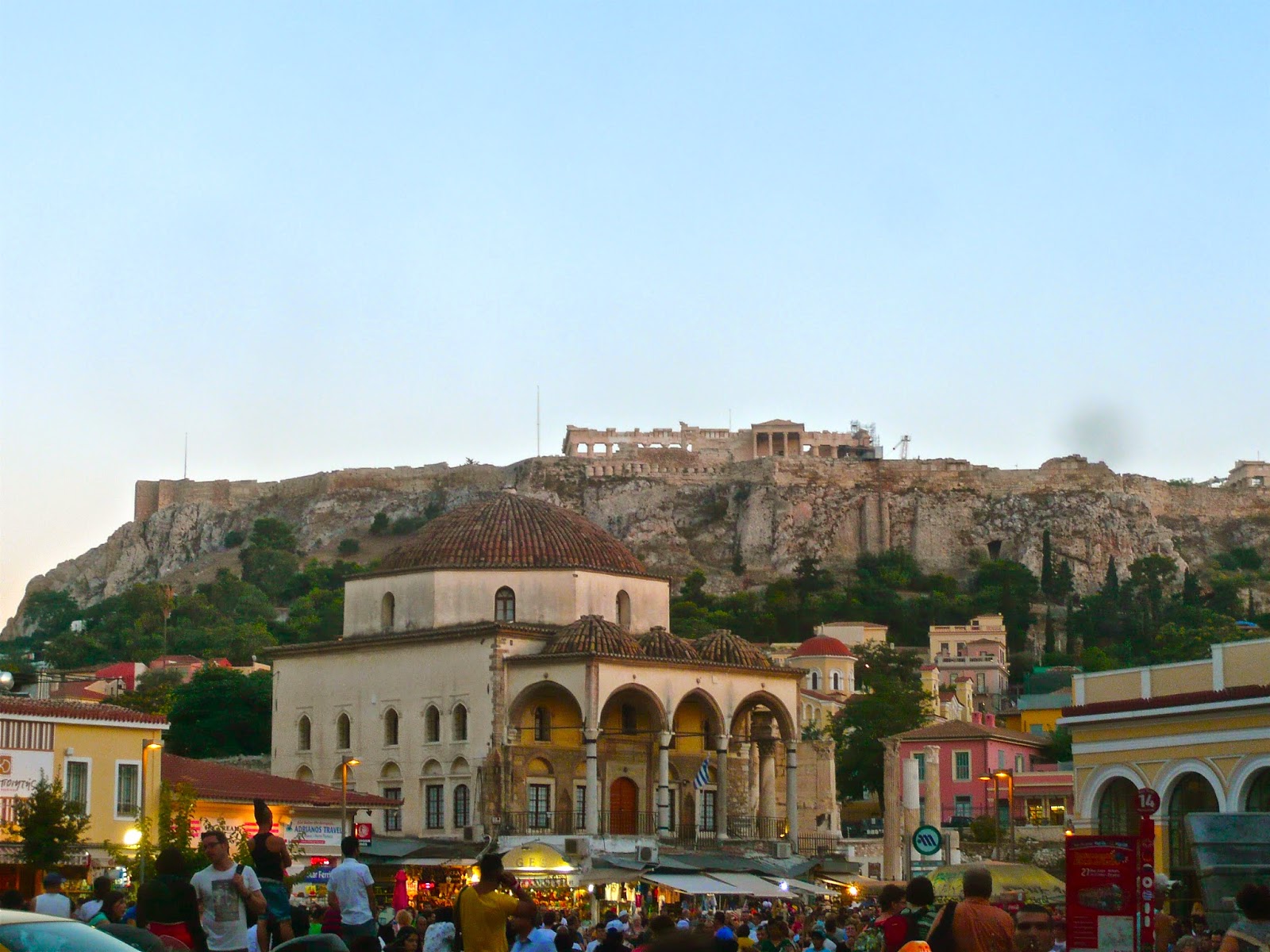 YOUR QUICK GUIDE TO ATHENS

Walk around Psirri (there are lots of nice little bars in the neighbourhood) and Plaka.

Visit the Acropolis and the Acropolis museum; check out the traditional costumes at the main branch of the Benaki Museum on Vassilas Sofias Ave.

Watch traditional Greek dancing nightly at the Dora Stratou theatre by the Acropolis.

Eat In Kolonaki. There’s Athenian food at Omorpho on Xenokatous Street. While you’re in the neighbourhood nibble on a little chocolate cake at the French-named sweet shop on  (Patriarchou Joachim Street about half way down towards Kolonaki Square on your right.) At Hatzi's try the cake soaked in honey syrup topped with buffalo milk clotted cream. There is one in Kolonaki and one in Sytagma. Of course there are other delicious places too. If you have any suggestions leave them in the comments section...