Yves Klein in my mind 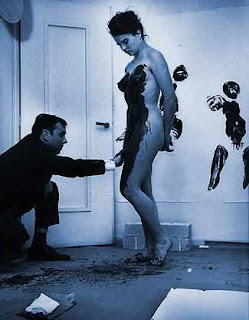 Yves Klein was a prolific painter, composer, and conceptual artist in the 1950s and 60s – until he died in 1962, aged 34. He’s famous for using women as paintbrushes (called anthropometries.) Klein also invented his own shade of ultramarine blue (IKB), painted with fire, and exhibited emptiness in 1958- an opening that attracted 3000 people. 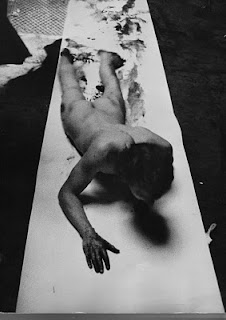 Klein was fascinated with the colour blue. It represented the abstract elements in visible nature. In the 60s, using his trademark blue shade, he found a way to show the body’s energy by using nudes as living paintbrushes. Their forms pressed against papered floors and walls became records of the experience.

In the years following his death, major art institutions have honoured him with exhibitions, including the Guggenheim Museum in New York, the Centre Pompidou in Paris, the Tate Gallery in London, and many other national art galleries.

This winter, Mitchell Bridges (conceptual artist) and I reenacted an anthropometrie twice, in front of large audiences, as an ode to Yves Klein. We reversed the gender roles to open up a discussion about the fluidity of masculine/feminine identity.  Instead of an instrumental ensemble, an old record of violin concertos accompanied the happenings. We used white paint for the first performance and red paint for the second performance.

Here are some of the photographs by Laura Jung: 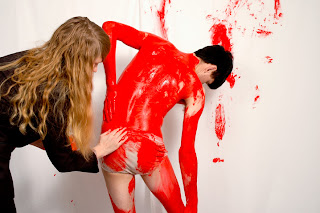 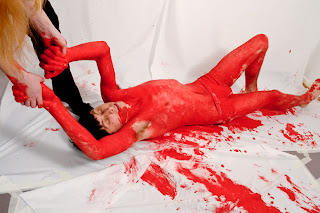 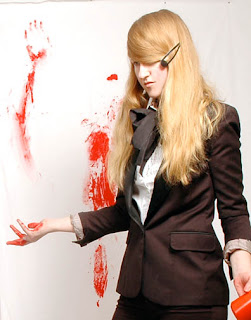 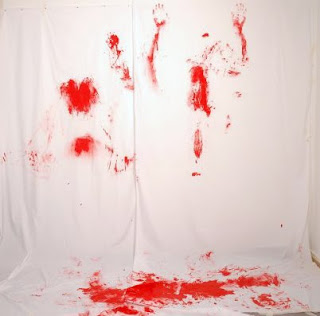